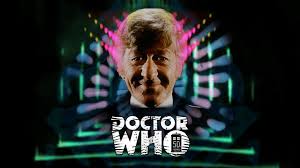 Jon Pertwee was the third actor to play the Doctor and today is the 50th anniversary of his first episode. Fifty years ago today on January 3 1970, part one of Pertwee’s first episode was aired. It’s titled ‘Spearhead From Space’. This was the very first Doctor Who episode that was in color.

Pertwee was one of my favorite actors who portrayed the Doctor and one of the best Doctors of all time. His version of the Doctor was inspired by James Bond. He starred in twenty-four episodes from 1970-1974. It was half a century ago today when his portrayal of the Doctor began.

Several years after he quit, Pertwee began to star as a talking scarecrow named Worzel Gummidge. Sadly, Pertwee died of a heart attack on May 20 1996 at the age of 76. He was visiting the USA when he died. Pertwee had many fans and will not be forgotten.

Can someone please help me write a 500 word essay. Write a literary analysis of at least 500 words in which you examine...

"Signs and their Opportune Interpretation in Hamlet"

At its core, Hamlet is a play that focuses largely on interpretation. After all, much of the play’s conflict...

Utilitarianism, Pleasure, Experience and Happiness The Principle of Utility (or the Greatest Happiness Principle) “ho...

Pedagogic Creed Throughout this class, we’ve covered about every aspect of the education system that could, and most...

"A Tragedy of Self-Reflection"

As a society, the Western world has always held some particular ideals about beauty and appearance. One can observe them...

"Communication at its Best"

Communication at its best means different things to different people. To me, the best communicators have mastered severa...

I’m turning fifteen in less than two months as I’m writing this, and I already feel like an adult. I have just finis...

"The 7 Biggest Misconceptions of Deaf Culture"

On the first day of my American Sign Language class, my deaf professor asked the class if anyone had ever met a deaf per...

"Analysis of The Violent Bear It Away"

Are the eyes the window to the soul? Do the eyes reveal a person’s nature? In young Tarwater’s journey though Cathol...