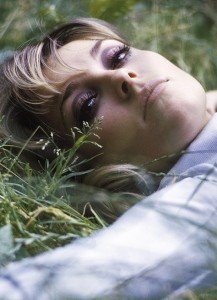 Now as we all know every good story starts in the very best way possible….’Once upon a Time’ there was a girl named Sharon. A girl who came from very meager beginings. But from a happy home. I had always wanted to be in front of a camera. I was my daddy’s little movie star long before I was noticed. He was always taking photos or fliming my mom and I. It was a surreal start to a dream come true. And I have often wondered if my life had been just a little less ideal would my outcome had turned out different? I dont blame myself. I most certainly dont think I deserved what happened to me. No one would deserve the unthinkable things that monster instructed to be done. Only the devil himself would hurt others the way my dear friends and I were immolated that god awful night. But I have always had a good life and from time to time have wondered if that was the draw to me. A reason why my idyllic life was cut short.

I did not grow up spoiled. We had modest homes and had just the necessities needed in life. My father was a colonel in the Army which meant we moved around alot. All over the United States, even in Europe. But  no matter where we lived I would describe my childhood home as really comfortable no matter the zip code. My mom would make it feel inviting, very warm and cozy. It was always filled with delicious cooking smells and fresh cut flowers from my mom’s garden. Everything I emulated I learned first hand from my mother. She was soo beautiful. Long golden hair and sea blue eyes. She had met my father when she was just fifteen years old. He had been the drummer in the band playing at a school dance. And he said it was love at first sight that night as she walked into the room he could not take his eyes off  her. Even many years later he still looked at her as if she was the only woman in the world. I knew that when I met the right guy it would be that way for me too. I just had not planned on meeting two guys that would be that special someone in my life. Yes. My love life was the most complicated area of my life. But I do not have any regrets resulting from the choices I have made. I ended up with the most wonderful guy best friend a girl could have and the man of my dreams.

I suppose my life was like most teens growing up. Except for maybe a few beauty pagents.  I loved fashion and music. And of course boys.  But my parents had rules and I never thought to not follow them. I loved them very much. So I did things to make them proud. I dated in highschool but never really got serious about any one in pacticular. I had big dreams. I wanted to move to Hollywood and become a movie star. And selfish as it may sound I did not want to be held back by anyone or anything. I just wanted to concentrate on the craft of acting.

And that path ended up being a very clear cut one for me. I just  literally got noticed one day while I was out walking. I was asked to do a televison special where I would be the girl who is being  seranaded by a guy. Not a bad first gig if you ask me. From there I landed a few reaccuring roles on a hit show. While I continued to work part time as a wine girl. I shared a very tiny apartment with another aspiring actress and kept waiting for my big break. And finally my waiting paid off and hollywood came knocking.  I got my first movie role in a flim called Eye of The Devil. But it meant traveling and I had just met the most wonderful man, Jay Sebring. Who was  Hollywood’s best hairstylist to the stars. And was so encouraging about my carrer I happily accepted the movie role and began fliming. Finally the start of my dreams were coming true.

Dear universe, Thank you!!! Your article has been posted! H...

US Soldiers visit Italian Village in World War II xxxxxxxxxx This story is based on an actual in...

I didn't know love In those moments Of young men Boys "If you loved me, you would..." Or any of those things That...