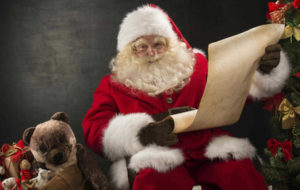 Something happened and my son is pissed.
He found out that he’s on Santa’s naughty list.
But he’s not only on that list this year, he’s on it permanently.
When I tell you why he’s been banned, it will be clear to see.
My son put hair remover in my shampoo.
And when I sat in my chair, I sat on super glue.
Thinking about what he’ll do next, fills me with dread.
Yesterday, the brat put a live rattlesnake in his sister’s bed.
He sold all of my clothes and bought an XBOX One.
Now I have to go out in public in my underwear because of my stupid son.
He spiked his mother’s coffee and when she drove to work, she was drunk.
My son is on Santa’s naughty list forever because he’s nothing but a punk.

Seven syllables each line. Oh this poetry of mine. Challenges to keep it fun. They help keep me feeling fine. Not my be...

When our eyes meet I can't speak. We can only smile at each other. I think I can't believe we are together...I lov...

It was long before maturity When I came upon my bi...

She was running, pens spilled from her purse Her arms were full with paper and pictures Her heart was breaking, legs wer...

"Cold to a Penguin"

There's a mom I cant coach and cant bandage. Who's been wronged by emotional damage. All alone in the cold on a farm. I'...

Words without thought like a kite without a tether words mumbled no wisdom sought how can humans ever come together word...

When my brother rises, I retire to my ethereal chambers...

Steady thumping, thumping. The boat travels downstream. The water is brown, from silt. The current is swift but calm. Tr...