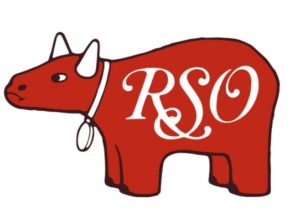 I’m talking about a record label that was founded a long time ago.
It was founded in the early seventies and the label was called RSO.
They were once a very successful corporation.
RSO stood for ‘Robert Stigwood Organization’.

When it came to stars like Andy Gibb and Eric Clapton, RSO managed their careers.
RSO was founded in 1973 and sadly, the record label ended after just ten years.
They also managed the careers of Yvonne Elliman and the Bee Gees.
RSO manufactured records about ‘The Empire Strikes Back’ and ‘Return Of The Jedi’ before dissolving in 1983.

In 1980, the Bee Gees slapped RSO with a two hundred million lawsuit.
There was a settlement for an undisclosed amount that ended the dispute.
In 1983, many people hated to see them go.
The world is a better place because of RSO.

I failed the test, what a terrible fate....

"A Love That Just Can’t Be"

Simply I can't reply to her texts She won't even respond back to me And she's too busy fighting with exes That she won't...

"Can’t You See That You’re Killing Me?"

Decaying and rotting bodies Trapped under the rubble Underneath it all You're a weak person Can't you see that you're k...

Some of what we do, we do to make things happen,...

Roses are red, Violets are blue, Love is a blessing And so are you. Orchids are white, Ghost ones are rare, Hours are l...

wrapped in mema’s quilt running fingers across straight hard edge of marble from kitchen to couch, from couch to Chris...

"Our Swords Shall Make It Right"

"Sonnet 130: My mistress’ eyes are nothing like the sun"

My mistress' eyes are nothing like the sun; Coral is far more red than her lips' red; If snow be white, why then her b...

By: Emily Bronte I knew not 'twas so dire a crime To say the word, "Adieu;" But this shall be the only time My lips or...

So many people also rather shy! They knew this Christmas song is only jolly, For whom the herald choir mothers cry, Thei...