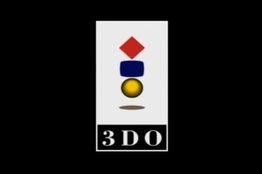 I remember what happened 24 years ago.
I went to Walmart and I bought a 3DO.
The 3DO was a video game console and it was 32 Bit.
Contrary to what some believe, it wasn’t a piece of shit.
It was almost as good as Sony’s original Playstation.
I decided to buy the 3DO after some consideration.
I eventually bought the original Playstation but I bought the 3DO first.
It wasn’t the greatest video game console but it certainly wasn’t the worst.
It had some great games: Killing Time, Road Rash and the original Need For Speed.
But Plumbers Don’t Wear Ties was so terrible that it will make your eyes bleed.
I was only twenty-four years old at the time, that was half a lifetime ago.
Panasonic, Sanyo and GoldStar were the three companies who manufactured the 3DO.

By: Rainer Maria Rilke As when at times there breaks through branches bare A morning vibrant with the breath of spring,...

"another view on happiness"

it's not all about me and even though i am in pain its worth sticking around to maybe make my little corner of the wo...

Back when I was younger, I was with my mummy and daddy. She and he were such a lover, Maybe she’ll be my loving someda...

By: Rainer Maria Rilke Others must by a long dark way Stray to the mystic bards, Or ask some one who has heard t...

The Desolate Eye gazes at me...

Having a war in your mind should be illegal fighting the human brain is dangerous But we all can not help it it is c...

"I Wish I’d Never Even Met You"

"I wish I'd never even met you." That's the very last thing I ever said to you. I remember how your face fell, Your teet...

Only a mother the years as a mom, an athlete, a nurse, a psychologist, teacher, and loving and nurturing her children. S...