"When The Green Peas Go Missing."

I spend a lot of time eating soup. My least favorite part of the regular Chicken Flavored cup soups are the green peas, so naturally I would take them out before beginning my meal. Than all of a sudden I noticed that the company began to not include the green peas! Where have they gone? Did they get many letters and electronic suggestions about the green peas and how they were detracting the taste value of their product? I began to do research on green peas and the amount of water they take to grow. It was at this point where I began to tell everyone that there is something wrong with the water in California, some kind of price increase is happening or something. No one believed me. And then the California drought happened…. I stopped eating soup for a while. The drought had officially passed. It had been so long since I thought about soup. Two days ago I opened one the the cup noodle soups. The green peas are back. The products we use everyday hold many of what will be happening in the months and years to come. If multi billion dollar companies are good at one thing, it is the ability to research and pick up on what is happening in the world and find ways to survive such waves when they finally hit. So enjoy whatever your particular soup may be, but always remember to look out for when those green peas go missing. 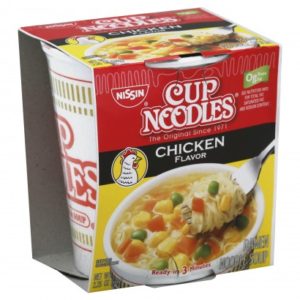 I was alone because I was having some love troubles, I think I said...

"The Real Cost of College: Finding the Right Scholarships for You"

By: Jordan Coughlin   There is one common piece of advice that you’ll hear above all others as you prepare to e...

Today I woke up pretty late. Well actually I had woken up a few times, but just fell right back asleep. The first time I...

The world leads themselves towards the continuation of his name. They begin to know his existence and experience his pre...

"To see what continues"

We watch what we do if we don’t we will struggle and may not overcome, living what you...

SWITCH  OFF At present, I am sitting in my living...

"The Life and Times of Johnny Chickenshit, A Life in Country Music"

The Life and Times of Johnny Chickenshit  ...

It was quiet in the house. Now was my chance. In through the bedroom and to the stairs I went. The bedroom had wallpaper...