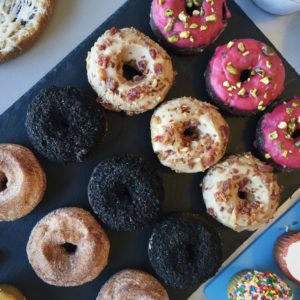 I called the police station but there were no cops.
Every single police officer was at doughnut shops.
My store was robbed and I hate the cops guts.
None of them would do anything until they finished eating their doughnuts.
By the time they were through, the robber was long gone and so was my merchandise.
If you ever get robbed and want to call the police station, you really need to think twice.
Criminals are getting off scot-free and it causes everybody a lot of distress.
There would be far less crime if doughnut shops would go out of business.

One Comment on “Why People Shouldn’t Call Police Stations”

"THE BOOK OF POVERTY AND DEATH"

"The Sun Shall Leave Her Mark"

"If someone asked me"

If someone asked me what I wanted I...

"Aren’t You Still In Love with Me?"

I never really wanted anything, Pretending like a thousand years or never, Surrounded by the love of everything, You bec...

I never thought I loved him but, my heart melts f...

"What No One Sees With Mental Illness"

When i'm alone with my thoughts, I think the worst, My heart speeds up, My hands shake, My voice cracks....

oh daddy dear and daddy's eyes so bright and clear what shining light whispered there in his gentle smile for all his ch...

Some women just have a way about them, you can't help but notice their beauty far beyond flesh and makeup!   She...

"A Rave of the Cold"

I just want to be held by someone To have another soul nearby, to warm my cold, frozen heart of stone Cracked as a brick...