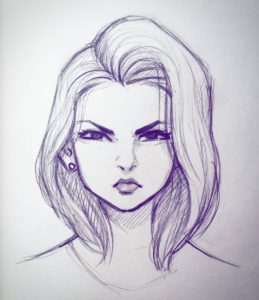 I dumped my girlfriend when I learned I was being used.
She decided to get revenge, I was falsely accused.
She said that when she came to my home, there was no escape.
She said when she refused to have sex with me, she was raped.
She’s a bitch and a two-faced liar, I didn’t lay a finger on her.
But when I looked at the jury, I believed that I was a goner.
I was wrong because I was found not guilty because of lack of evidence.
My ex-girlfriend became enraged and things became scary and intense.
She pulled out a gun and shot me.
Luckily, I survived after I had surgery.
She shot me in the courtroom and her fate was sealed.
The only thing that she’s sorry about is that I wasn’t killed.
I was found not guilty by a jury of my peers and I didn’t have to do hard time.
My ex-girlfriend tried to murder me and she’s rotting in jail because of her crime.

"Poem in a Pearl"

"Fear of Missing Out"

I remember the first time I realized I couldn’t do everything When you’re little They tell you “You can do anyth...

"Holy Sonnets: Death, be not proud"

Death, be not proud, though some have called thee Mighty and dreadful, for thou art not so; For those whom thou think'...

flying around off in the distance flying to and from     Jeannine kahzarian...

There I go again nobody to break even when I am stuck here Blaming myself you hear? I can't believe in my mistakes and G...

"Apostophes" live, an breathe' down the street's!!!  Consolidating beef, acne" to face as a teen... Scratch the "Sc...

The world is far at a distance and it stretches out Jeannine Kahzarian...

The little moments that I spend with you,...

I drive by the empty lot now...